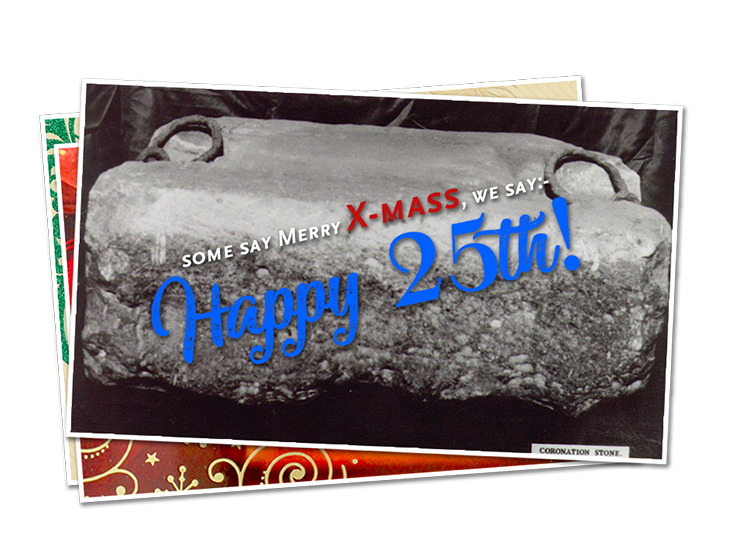 Greetings one and all,

The world knows a story of the birth of Jesus but anyone can see it is a total sham by now orchestrated by santa and his evils.

There isn't anything in the Bible to support that Jesus was born on 25th and Christ Himself says that He hates it.
http://JAHTruth.net/xmas

So this year I am celebrating with a card that is the only link Christ has with 25th December which is Biblically accurate.

This is Britain's National Treasure #1, Jacob's Pillar, The Coronation Stone and it is what is known as the Throne of David in Scripture that the kings of the British Isles were coronated upon, dating back to the kings documented in the Bible.
http://JAHTruth.net/britca
http://JAHTruth.net/stone


On 25th December 1950 the British nation witnessed the beginning of the end of man's misrule forever, after thousands of years, when members of the Scottish Nationalist party took Christ's Throne from Westminster with the help of God, in fulfillment of Bible prophecy, prophesied in Ezekiel 21:27 as the fourth and final overturn, and is now being kept hidden, awaiting the completion, when it is given to Christ our true King.

The 25th was the beginning of the end for man's misrule. It still continues and will do so, until the Scots give Him His Throne/Stone, but not for much longer.

The King of kings day is almost here.